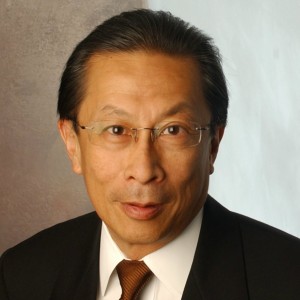 Renowned attorney and community activist Garrick Sherman Lew passed away on Friday, March 19, 2016, due to complications arising from his treatment for cancer. He will be remembered as a skillful and talented attorney, a tireless advocate in the fight for social justice and equality, an icon in the Asian American community, a devoted husband to his wife, Diane Hiura, a loving and engaged father to his two sons, Dillon and Brandon, and an indispensable friend to those who knew him.

Garrick, the first of three children, was born on July 25, 1950, in Oakland, Calif., to parents Share and Jennie Lew. A product of the Oakland public schools, Garrick received his B.A. with honors from University of California, Berkeley in 1971, and his J.D. from UC Berkeley’s Boalt Hall School of Law in 1974. From his first years as a student at Cal, he fought for the establishment of an ethnic studies program, demonstrated in the Third World Strike, and helped establish youth organizations in Oakland’s Chinatown.

Throughout his legal career, Garrick was an ardent champion of civil rights and social justice, and a staunch defender of those unable to defend themselves. As a fearless young lawyer, he represented Wendy Yoshimura, the fugitive who was caught with Patty Hearst and the Symbionese Liberation Army.  He was also part of the legal team fighting the eviction of tenants from the International Hotel, and provided pro bono services to demonstrators arrested in anti-Vietnam war protests.

It was out of this sense of justice and pride in his heritage as an Asian American that he helped establish the Asian Law Caucus while still a law student. Garrick later co-founded Minami, Tomine and Lew, one of the first Asian American law firms in the country. The firm became Minami Lew & Tamaki, and then Minami Tamaki when Garrick started his own practice in 2006.

In his 42 years of practicing law, Garrick specialized in criminal defense trial work with a focus on complex white-collar cases, but he also served on the federal court’s Criminal Justice Panel for 30 years, handling hundreds of cases for indigent clients. In a testament to his belief that every person charged with a crime deserved representation, he was the defense attorney for notorious serial killer, Charles Ng.

Garrick received numerous honors, awards, and recognitions for his professional accomplishments. He was also one of the funniest people alive, sometimes unintentionally. Throughout his life, Garrick stayed true to the principles that guided his life: advancing justice, fighting for the underdog, mentoring young attorneys, and being fiercely loyal to family and friends. He will be greatly missed.

The Lew Family requests that any donations in Garrick’s honor be made to either a college fund for Garrick’s son Brandon, or to the Garrick S. Lew Legacy Fund at the Minami Tamaki Yamauchi Kwok & Lee Foundation. Visit http://GarrickLew.org for more information.