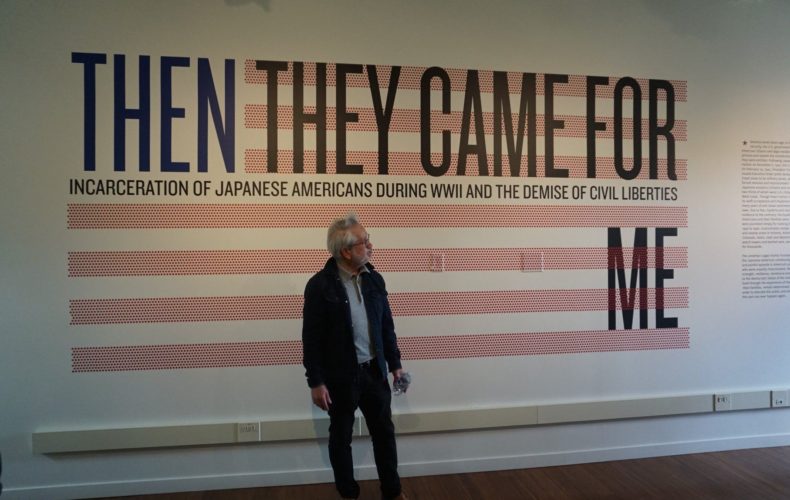 “[Don] is a worthy successor to the heritage bequeathed by the award’s eponymous civil rights giant,” wrote AABA in its announcement. “Just as Joe Morozumi heroically advanced the cause of civil liberties for marginalized people, Don has carried forward that tradition of zealous advocacy in matters of conscience.”

More from the AABA announcement:

Joe’s legendary activism ranged from representing Vietnam War protestors and other political activists, to advocating for reparations for Japanese Americans whose own United States government incarcerated them in internment camps during World War II. A passionate advocate of employing the law to win justice on behalf of those outside of the society’s mainstream, Joe, along with Judge Ken Kawaichi, was the inspiration and moving force behind the creation of the Asian Law Caucus.

Don, himself a widely renowned advocate, walks in those same footsteps. Recently, his American Bar Association honored Don with the prestigious Spirit of Excellence Award, the latest acknowledgement from organizations such as the ACLU, the National Asian Pacific American Bar Association, the State Bar of California, the Asian Law Caucus, the Asian Law Alliance (an organization he co-founded) and a host or organizations too numerous to list. We have the honor of complementing those awards with our own recognition of Don’s achievements.

Don’s record of helping others is a rainbow of causes and cases: The Hibakusha Survivors seeking medical treatment from the United States for the diseases rained down in Hiroshima, founding the Japantown Foundation to preserve San Francisco’s Japantown, litigating the claim to restore the Japantown YWCA to its original Japanese American Founders (now the community organization Little Friends, helping establish Kristi Yamaguchi’s Always Dream and the Minami, Tamaki, Yamauchi, Kwok and Lee Foundations, litigating hate crime cases and supporting LGBTQ rights. Much of his legal work involved cases of first impression, territory daunting to anyone but the fearless. Don also served on the legal team to admit undocumented immigrant Sergio Garcia to the California State Bar. The combined efforts of Don, Mr. Garcia, the State Bar and the California Legislature resulted in the court admitting Mr. Garcia. The implications of the effort rippled far beyond California, encouraging other states to follow the decision.

His list of keynote speeches, panel presentations, nationally streamed presentations, and media commentaries spans several pages. He appeared in several documentaries, including “Alternative Facts”, the Emmy awarded documentary, “Of Civil Wrongs and Rights: The Fred Korematsu Story” and the Oscar nominated documentary, “Unfinished Business”. On another note, Don also appeared in the hilarious documentary, “Up for Grabs”, the story of the Barry Bonds historic home run ball controversy which led to litigation headed by Don and Mike Lee.

Don was born and educated in the East Bay, graduating from Oakland High School, which is ironically across the street from the first Asian Law Caucus office, then graduated Phi Beta Kappa from the University of California-Berkeley in 1973 and received his JD from Berkeley Law in 1976. Upon graduation, he practiced poverty and civil rights law in San Jose and co-founded the Asian Law Alliance, a public interest law firm. He then served as the Executive Director of the Asian Law Caucus where he had begun volunteering in 1972, the nation’s first public interest law firm representing Asian Americans in civil rights and poverty law cases.

Perhaps his most recognized achievement was his remarkable work on the legal team that reopened the landmark US Supreme Court case of Fred Korematsu, overturning his criminal convictions for defying military orders during World War II. The reopening of Korematsu’s case resulted from evidence that the government altered, suppressed and destroyed evidence which contradicted claims advanced in the Supreme Court that Japanese Americans were predisposed to disloyalty and had committed acts of espionage.

But he hasn’t slowed down: His outrage at the Muslim immigration ban led to the organization of another public awareness campaign, StopRepeatingHistory.Org, dedicated to educating the public about the dangers of unbridled presidential overreach. Joining the legal team that filed an amicus brief in Trump v. Hawaii on behalf of the children of Mr. Korematsu, as well as Gordon Hirabayashi and Minoru Yasui, fellow Japanese Americans who challenged wartime restrictions targeting people of Japanese ancestry. In tandem with this amicus filing, Don’s legal team embarked on a public education campaign, connected the dots between the current hostility to Muslims, Arabs and immigrants to the past discrimination against Chinese and Japanese Americans to help warn this country about the dangers demonizing marginalized groups presents to our democracy.

Currently, Don serves on the Board of Directors of the Glide Legacy Fund, which provides financial support to the Glide Foundation, which operates one of the largest legal programs serving the homeless in San Francisco, President of the San Francisco Japantown Foundation, which since 2006 has raised close to $1 million—funds it uses to issue grants to nonprofit preserve SF Japantown, one of three remaining Japantowns in the United States – and as Co-Founder and Secretary to the Minami Tamaki Yamauchi Kwok and Lee Foundation.

In that spirit, the AABA community thanks and honors Don with the Joe Morozumi Award for Exceptional Legal Advocacy. His work will certainly inspire future generations of activists. As Mike Lee, a Co-Founder of the award has explained: “ I’m sure Joe, who so generously mentored Dale, Joan, me, and many other law students and lawyers, would be/is honored to have Don as a recipient of this award, who so embodies the highest attributes of the best, brightest and worthiest of our profession, especially a fierce, utter, uncompromising devotion to justice for all, and honor.